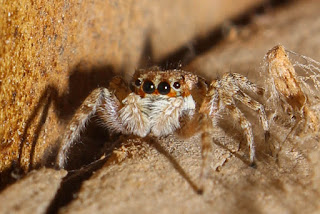 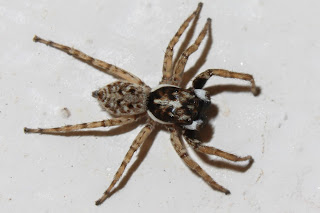 Description: Menemerus semilimbatus are about 6.5–8.4 millimetres (0.26–0.33 in) long, the male being slightly smaller than the female. These fairly big jumping spiders are dorso-ventrally flattened and are covered with short dense, grayish-white hairs, with hairy whitish palps and a white band on the side margins of the carapace, showing also a small white, triangular marking in the middle. The eyes are large and forward-facing. The legs are light brown with darker rings and patches, while the abdomen is dorsally yellowish or greysh, with a characteristic pattern of several bright V-shaped markings. The females show a notch at the posterior edge of the epigyne and two oval depressions in the anterior half.

Distribution: Menemerus semilimbatus is a Mediterranean species widely distributed in Europe, southern Asia and in Africa. In the Americas, it has been reported for Argentina, Chile and USA.

Habitat: These spiders are synanthropic living in gardens and inside and on the outside of houses. It is usually found on the walls of buildings where it stalks its prey. From Wikipedia, the free encyclopedia.

Photos at Meneou, 17/8/2015 by Michael Hadjiconstantis 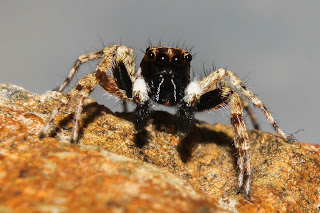 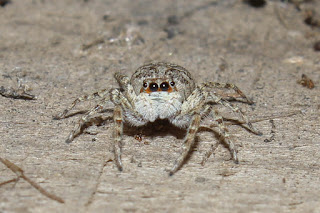 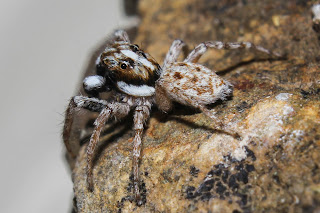 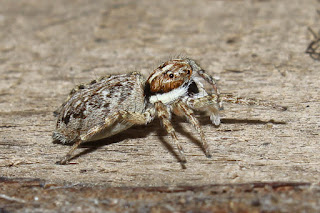 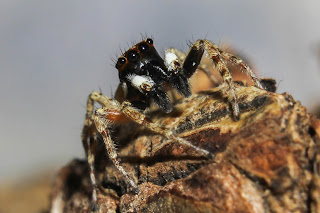 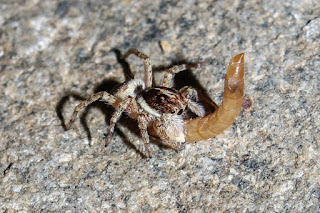 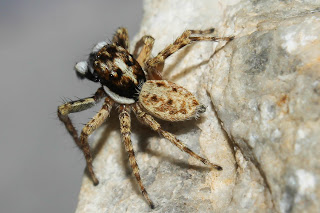 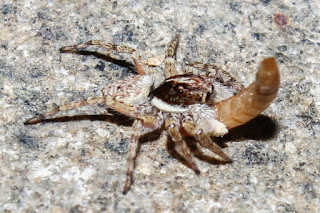 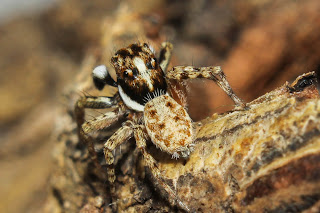 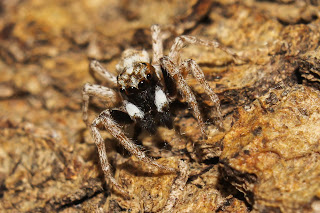 Email ThisBlogThis!Share to TwitterShare to FacebookShare to Pinterest
Ετικέτες Spiders