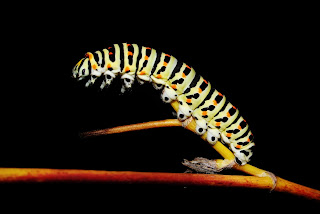 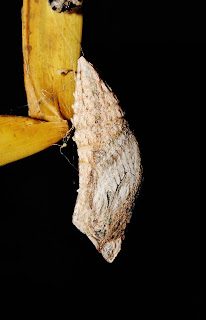 The Old World swallowtail (Papilio machaon) is a butterfly of the family Papilionidae. The butterfly is also known as the common yellow swallowtail or simply the swallowtail (a common name applied to all members of the family, but this species is the 'original', first to go by the name). It is the type species of the genus Papilio and occurs throughout the Palearctic region in Europe,Cyprus and Asia; it also occurs across North America, and thus, is not restricted to the Old World, despite the common name. 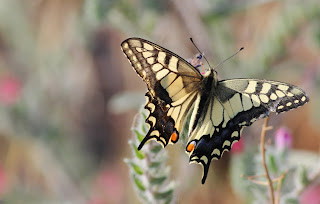 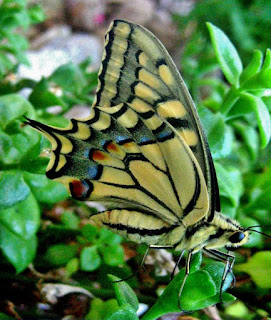 The butterfly has a strong and fast flight, but frequently pauses to hover over flowering herbs and sip nectar. It frequents alpine meadows and hillsides, and males are fond of 'hilltopping', congregating near summits to compete for passing females.At lower elevations, it can be seen visiting gardens. 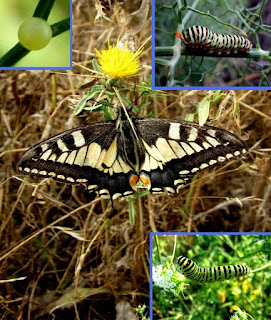 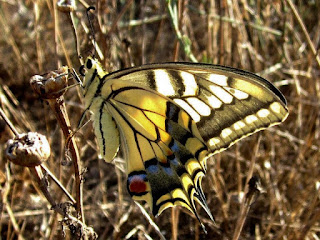 Unlike other swallowtails which specialise on Rutaceae, this species mostly feeds on plants of family Umbelliferae, females laying eggs singly. Milk parsley (also known as marsh hog's fennel) is normally the only food plant used by the caterpillars of the British subspecies.The food plants of the swallowtail in Europe, Asia, and North America are more varied than in the UK. It uses a wide variety of umbellifers including wild carrot (Daucus carota), wild angelica (Angelica sylvestris), fennel (Foeniculum vulgare), and hogweeds (Heracleum). In the Maltese Islands, the caterpillar feeds on plants such as rue (Ruta chalepensis) in addition to Umbelliferae such as fennel. 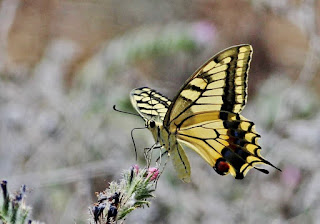 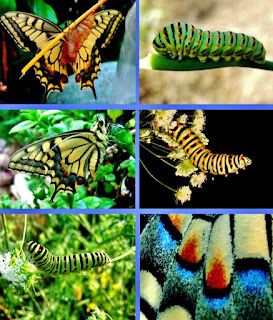 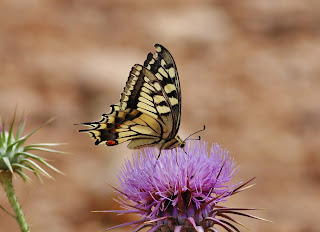 At lower elevations, these butterflies fly from March to September; at higher elevations, they are limited by the short summer seasons.
The British subspecies P. m. brittanicus is less mobile than its European continental counterpart and stays within, or close by, its fenland habitat
There are usually two to three broods in a year, but in northern areas, the species may be univoltine. In some places such as the UK, some will pupate and emerge in the same year and others will overwinter as pupae before emerging the following year, a situation known as being partially bivoltine.
The caterpillar spends the first part of its life with the appearance of a bird dropping, an effective defense against predators. As the caterpillar grows larger, it becomes green with black and orange markings. It has a defense against predators in the form of an osmeterium, which consists of retractable, fleshy projections behind its head that can release a foul smell if disturbed, which deters insects, but not birds
Old World swallowtails can easily be bred in captivity.
Butterflies can be lured to lay eggs in a backyard garden by keeping plenty of caterpillar food plants in it. Common rue plants are highly appropriate for this.
Once eggs or young caterpillars have been collected, they can be kept in a pot with holes on its top to allow air circulation. More than one caterpillar may be kept in a single pot since they do not attack each other (although they might sometimes get frightened by other caterpillars moving). They can be fed any of their food plants. Fennel is one of the easiest to find in the wild. Care must be taken with fennel as well as dill, though, because they will not eat hard, woody stems; they need to be fed the tender leaves. They can also be fed rue or milk parsley. Feeding them with unsuitable plants will lead to death from starvation.
Caterpillars are very fast eaters; they will spend their time eating or resting before they resume their eating again.
Once a sufficient size has been attained, they will attach themselves to any available structure with their silky threads. They will then stay still until they become pupae. This will take about a day.
Once in the pupa stage, they can be very carefully removed from the pot and placed in a warm location. The time the butterfly takes to form and come out depends on the temperature. If kept in warm summer temperatures, it will take about one or two weeks to form. On the other hand, if the temperature is lower, it might take as long as several months until it feels the weather is warm enough.
Pupae should not be kept on an impermeable surface, since when they eclose a bit of liquid will be released, this means the butterfly would stay wet and might not be able to fly. Absorbing paper such as the one used in kitchens is advisable.
From Wikipedia, the free encyclopedia

Email ThisBlogThis!Share to TwitterShare to FacebookShare to Pinterest
Ετικέτες Butterfly of cyprus, Insects