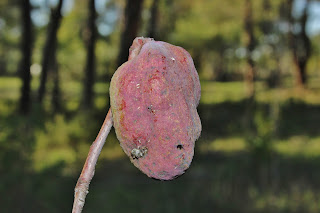 Baizongia pistaciae [L.] induces galls on Pistacia palaestina or in Pistacia terebinthus, in the Mediterranean region. Its galls are very big and populated by thousands of female aphids, forming a clone created by a single mother.

Gall insects are parasitic herbivores that not only consume plant resources, but also induce physiological and morphological changes in plant tissue. These growth transformations are the 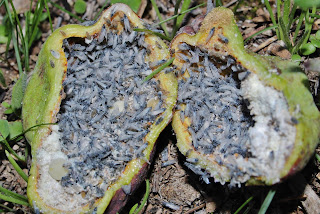 result of both the stimulus of the gall-inducer and the reactions of the plants (Tscharnke 1989; Wool 1997). Galls in plants are defined as pathologically developed cells, tissues or organs that have arisen by hypertrophy (increase in cell size) and/or by hyperplasia (increase in cell number), following the
stimulation from a foreign organism. 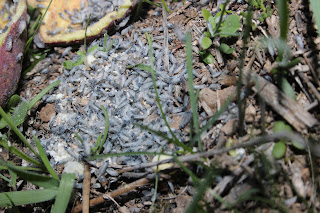 Gall-inducing species are a minority among aphids: less than 10 percent of the 4,401 aphid species listed by Blackman and Eastop (1994) are considered gall inducers. These species are the subject of researches meanly in USA, Japan, England and Israel (Wool, 2003).

In Israel and the region around, 16 species creates galls on three different Pistacia trees:  eight on Pistacia atlantica Desf., seven on Pistacia palaestina Boiss. and only one on Pistacia lentiscus L. 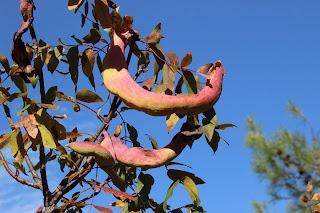 The biggest galls are created by Baizongia pistaciae [L.], which parasites apical buds of P. palaestina. These galls form perfectly closed pouches with a volume of tens of milliliters, which may contain thousands of aphids, representing four generations of descendants of a single female fundatrix. The geographic distribution of these aphids around the Mediterranean Basin, from Morocco and Spain east to Iran, corresponds with that of the host trees (Bodenheimer and Swirski 1957; Davatchi 1958, Zohary, 1952).

The life cycle (holocyclic – with an obligatory sexual phase) of B. pistaciae lasts two years. Several generations of parthenogenic reproduction are interrupted by a single sexual generation. This involves 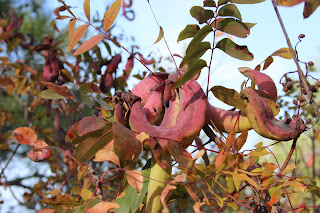 alternation between the primary host (Pistacia trees) used by active aphids during spring and summer, and the roots of various Poaceae (grasses and cereals) as secondary hosts in fall and winter. Host alternation is accomplished by winged aphids: in autumn, following desiccation and opening of
the galls on Pistacia trees, fall migrants disperse on the ground where they reproduce and conquer root grasses. In the next spring, migrants fly from overwintering colonies on the secondary hosts to the primary ones and deposit the sexual generation. These mate and lay overwintering eggs from which gall fundatrices hatch the following spring. They produce new galls in young apical buds that serve as incubators in which the single fundatrix reproduces parthenogenetically, resulting in a clone of thousands of genetically identical offspring (Wool 1995). During migration from host to host, a part of the winged aphids actively fly to neighbor plants, while others are carried along by winds. Among the latter, mortality may reach very high level. Using genetic tools, Martinez et al. (2005) indirectly showed that survival and, as a consequence, production of offspring are higher in aphids flying to
near hosts than in individuals transported far away by winds.

B. pistaciae is a specialist: it creates galls only on P. palaestina or in Pistacia terebinthus. P. palaestina is now considered as a variety of P. terebinthus (Kafkas and Perl-Treves 2001; Kafkas 2006). This aphid is unable to establish on other Pistacia species like atlantica or lentiscus.
Its galls are found in greater number in trees growing in disturbed habitats like roadsides (Martinez & Wool, 2006), or in transitional zones (ecotones) between closed Mediterranean forests and open landscape. It parasites more often old trees than young ones, and shrub-like individuals than tree-like ones (Martinez et al., 2005).

Email ThisBlogThis!Share to TwitterShare to FacebookShare to Pinterest
Ετικέτες Hemiptera of Cyprus, Insects