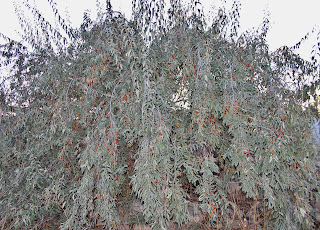 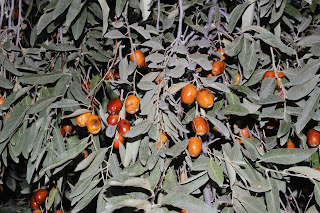 Cyprus garden plant
Elaeagnus angustifolia, commonly called silver berry, oleaster, Persian olive, or wild olive, or commonly referred to as Senjid or Sinjid in Afghanistan and Senjed in Iran, is a species of Elaeagnus, native to western and central Asia, Afghanistan, from southern Russia and Kazakhstan to Turkey and Iran. It is now also widely established in North America as an introduced species. 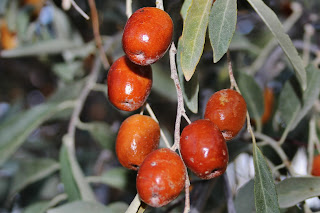 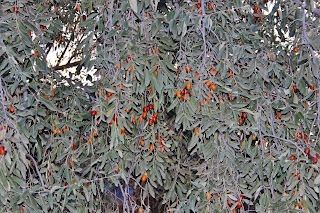 Elaeagnus angustifolia is a usually thorny shrub or small tree growing to 5–7 m in height. Its stems, buds, and leaves have a dense covering of silvery to rusty scales. The leaves are alternate, lanceolate, 4–9 cm long and 1-2.5 cm broad, with a smooth margin. The highly aromatic flowers, produced in clusters of 1-3, are 1 cm long with a four-lobed creamy yellow calyx; they appear in early summer and are followed by clusters of fruit, a small cherry-like drupe 1-1.7 cm long, orange-red covered in silvery scales. The fruits are edible and sweet, though with a dryish, mealy texture. Its common name comes from its similarity in appearance to the olive (Olea europaea), in a different botanical family, Oleaceae.

The shrub can fix nitrogen in its roots, enabling it to grow on bare mineral substrates. 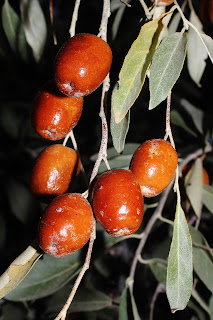 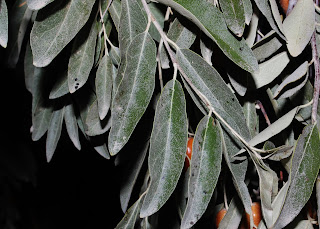 In Iran, the dried powder of the fruits is used mixed with milk for rheumatoid arthritis and joint pains. It is also one of the seven items which are used in Haft Sin or the seven 'S's which is a traditional table setting of Nowruz, the traditional Persian spring celebration.
Elaeagnus angustifolia was described as Zizyphus cappadocica by John Gerard, and was grown by John Parkinson by 1633, and was also grown in Germany in 1736. It is now widely grown across southern and central Europe as a drought-resistant ornamental plant for its scented flowers, edible fruit, attractive yellow foliage, and black bark.
The species was introduced into North America in the late 19th century, and subsequently escaped cultivation, because its fruits, which seldom ripen in England, are relished by birds which disperse the seeds. Russian-olive is considered to be an invasive species in many places in the United States because it thrives on poor soil, has low seedling mortality rates, matures in a few years, and outcompetes wild native vegetation. It often invades riparian habitats where overstory cottonwoods have died.
Establishment and reproduction of Elaeagnus angustifolia is primarily by seed, although some spread by vegetative propagation also occurs. The fruit is readily eaten and disseminated by many species of birds. The plants begin to flower and fruit from three years old.From Wikipedia, the free encyclopedia
Photos  14/10/2015 by George Konstantinou 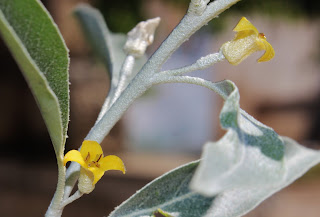 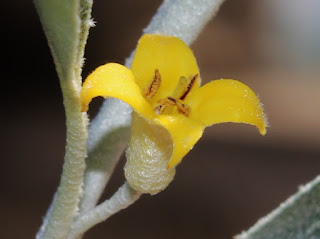 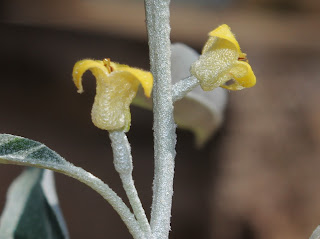 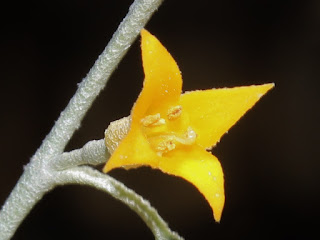